I strangled my broken memory of a horse
Into a clod of potter’s clay, painted it poorly:
Victory red when wet, now spiced mud.
The others eat potatoes without salt.
One fries onions in the bottom of the kettle.
I, their idiot father, inhale the fat in the air,
And rub my heavy bread-and-beer gut.
Today I was a sun dog, waiting restlessly to rise
At noon, alongside my mother, and puncture the sky.
Though my cue never came. Hurt,
Like the paunched rabbit hung up
Before me, I watched my blue entrails
Thud onto the wood-effect vinyl flooring.
My surrogate Turk aunt warned me,
Of the dangers of painkillers in times like these.
I explained, it’s only for my skull-splitting
Aches and the bulging pain behind my eye
That brewed last night, while I overslept,
(Dreaming of impostors in the NBA
And the end of days). So I chew the pill,
Readying up for my 4 o’clock early
With the rottweiler who beams back at me
From the wet, black mouth of my boiler room.

The Cosa Nostra took my dog by the nape, shot her in the head, then vanished off-screen. I vowed to slaughter an animal in front of them in response. Here, my friend turned pallid, more so than I had ever seen him. He knew of these men, academically and firsthand. Though he said nothing, his terror was plain. I had dug up the sex tapes of each of my peers and made a playlist online. We all sat together now, in a hateful silence, (them seething, me a pariah in spirit) in a darkened film theatre with red velvet seats. And we sat inside the film itself (a ceaseless blockbuster). We were poorly cast stars playing out each role, odd choices. As we watched ourselves being watched by ourselves, my Second Self chased a mythic strand of proof, one that would clear my name of all crimes, overturn my charges (voyeur, pervert, pornographer) and render my promise to commit honour-suicide null and void. I surprised myself, even, when I found this dancing hair of evidence, though I’d have to wait until the end of the film to present it to the jury.

The clotting of ore makes ingot, simply.
Electrical storms skip and lurch through
The dark dust clouds that circle around clapped hands,
Just as blood passes, unrelenting, through singing pipes.
For now, nothing is equal: all is equal to itself
And industry understands only three emotions:

A jewel bug found on an upturned stone,
Put under the jackhammers, the sand rammers,
Washed upriver in a molten current, along
With the crude and the brine, body ruined
And memory banished, to fold into the great grey pull,
Seaward, to tumble up on churning concrete tides.

Excavators leave their bite marks in clay
Ashen soot itches on the back of a knee,
And reveals itself inside a lung long after.
Water and earth were not meant to marry,
(Only coexist), and so they make mud in protest.
Boots are scraped off at the end of the working day.

Fail under black gravity and drown in reverse.
The palette of the sky wanes, as The Firmament shudders
She may never heal, her loving grace is not unlike oil
Or gemstones. Over the lowly, all-stirring chiefdoms
Of industry, their might and their misery, Her rejection
Of the hammer hangs like the jawbone on the inside of a cheek. 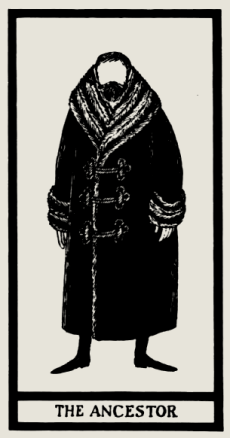 And in the waxed ivory cheeks of his daughters,

(Gifts, all that he himself had given them).

And ignored their pains upon horseback riding.

He would wake up the estate with hunter’s horns

In the dead of night, when there was no hunt

And drank by the barrel until he was flammable.

He would storm the gardens, wood axe raised,

To defend his title from Franks and Romans,

Or the Goths, or the Picts, or the Entitled Poor.

Although most bets made were on his scarlet fever,

Or his pagan love of crushed flowers and tonics,

In the end it was an exotic flatfish that lodged itself

Inside his hot pipe. And so, his house watched on:

His third and fifth wives quarrelling over legacies,

His sons wrestled for trinkets and land-plots,

The niece who painted forgot to look up from her easel

Until it collapsed, revealing her subject on his back,

The birdcages around his supine throne set alight with noise

A round of cawing applause rattled the room,

Legs akimbo, his face was cross-eyed and hurt

As his house descended around his blue-ing ears.

From Goodreads: ‘Edward Gorey’s trademark sense of impending doom is nowhere more darkly humorous than in this, his version of a tarot card deck. Each of the 20 cards forecasts a list of outcomes for the user ranging from the merely unpleasant (loss of hair, breakage, thwarted ambitions) to the downright horrible (catarrh, spasms, shriveling). The 32-page booklet provides interpretation of the cards courtesy of one Madame Groeda Weyrd, who Gorey tells us “is of mixed Finnish and Egyptian extraction, has devoted her life to divination, and is the author of, among a shelf of other works, Floating Tambourines, a collection of esoteric verse, and The Future Speaks Through Entrails.” Who but Gorey to make mirth from a kaleidoscope of catastrophe?’

I will pull a card from the deck at random, then write a poem based on the image and on Madame Groeda Weyrd’s interpretation of it, as shown on the left under the picture.

In the airport, I saw that blonde had prevailed,

Taking gold over the slivers of sky, of platinum,

Tin hats, of my silver plastic toy that skims

The plane’s innards are clad in chain mail.

(Mine are not). The potable air hostesses know this,

They give me dark, medicinal gut-rot. Bilberries:

The cause and the cure. I cradle myself

Beneath a great, sky-borne tree, levitating over Moscow,

Who sleeps still [static] under cloud-sea.

They draw down shutters against loud, lonely noises 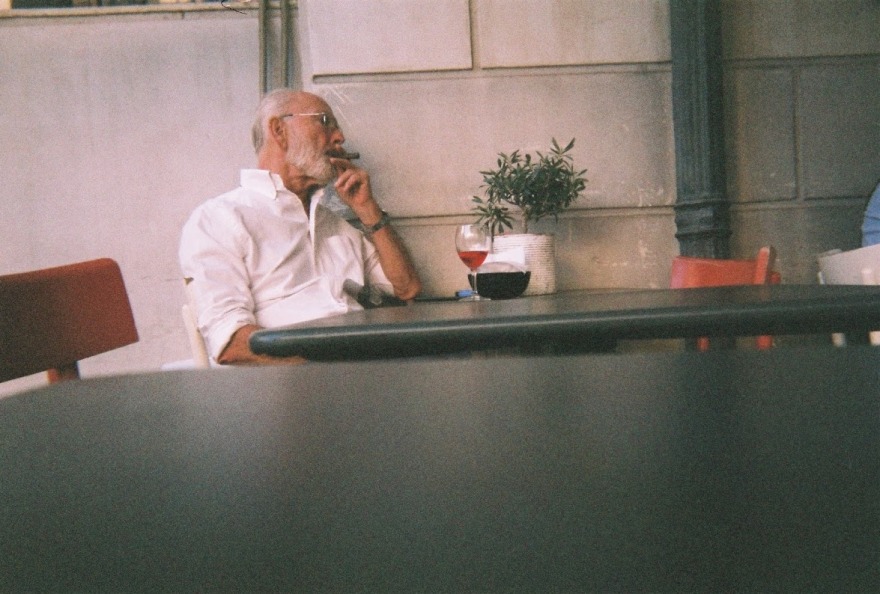 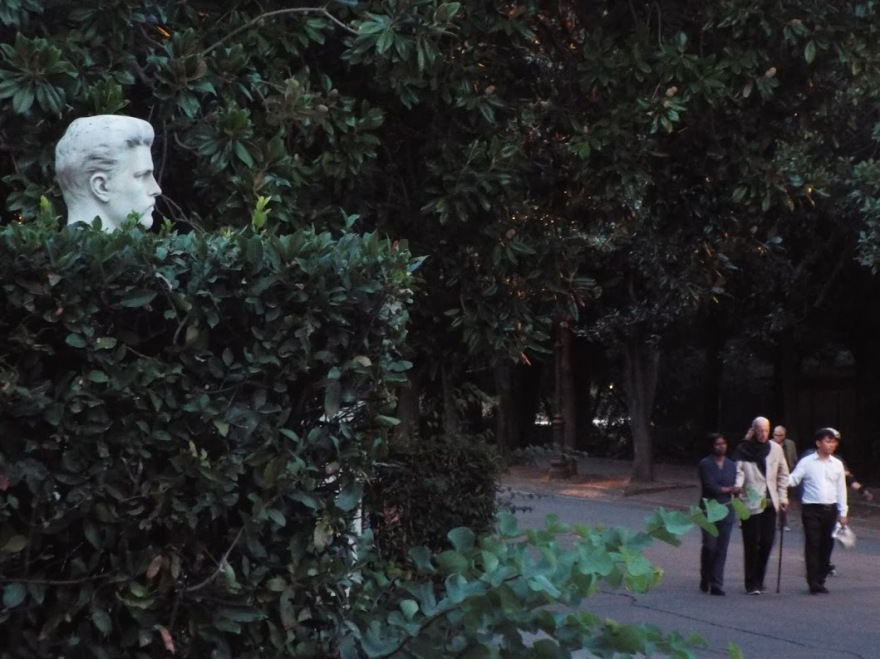 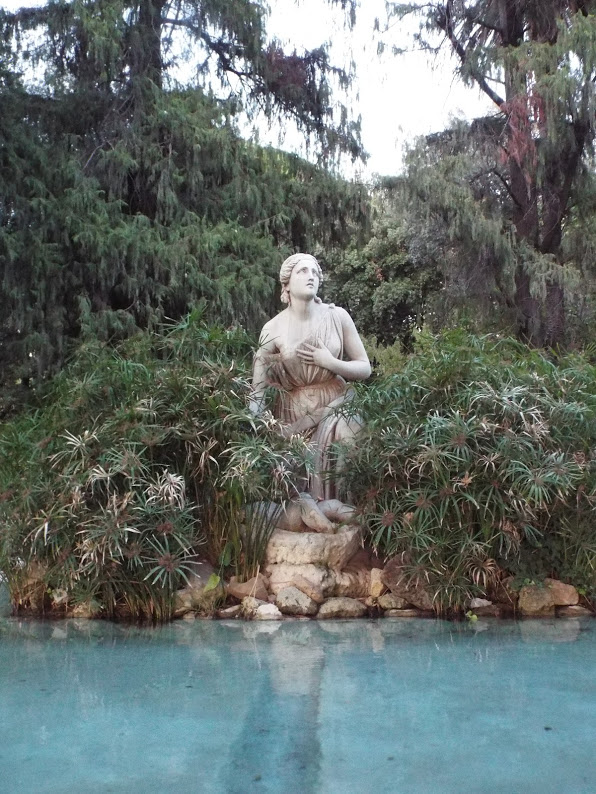